The Handunugoda Tea estate produces the world famous ‘Virgin White Tea’, a tea never touched by humans, and has attracted the attention of tea enthusiasts all over the world. Virgin White Tea is acclaimed for its uniqueness by many luxury tea connoisseurs. The Estate has been in the family of Tea Connoisseur Herman Gunaratne for more than a century. It was once a part of a large plantation of 2200 acres and in 1974 with the nationalization of British plantations 1000 acres were taken over by the government and 1000 acres was lost by predecessor (who was the President of the Suicide club at that time, an informal association of gamblers) on the roll of the dice. Hence currently the Handunugoda estate only comprises of a lush tea cultivation of 200 acres, of which tea is grown on 150 acres and the remaining 50 acres of the plantation consists of Rubber, Cinnamon, Pepper and Coconut.

Before becoming sole proprietor of family estate Herman worked for over 45 years in plantation management, originally for the British plantations in Sri Lanka and then for the state-owned, during his tenure he managed plantations of over 100,000 acres of the best tea lands in the country’s most prestigious plantation District of Nuwara Eliya. He has authored four books. The Plantation Raj, For a Sovereign State, The Suicide Club and Tortured Island. With the two books “For a Sovereign State” and “The Suicide Club” in their 7th and 6th reprints, respectively.

There is a well-equipped tea factory with most machines brought down from the United Kingdom and are 150 years old, still working smoothly. The Machinery bears mute testimony to the British skills of engineering. The factory is a living and working museum.The estate produces only a small quantity of special teas. Our emphasis is on the health properties of tea. The plantation prides itself since it does not use any pesticides or insecticides. Handunugoda estate makes a very small quantity of the choicest Herman Teas, winning international recognition.

Only tea estate closest to the sea giving its own unique proposition, is nestled away 5 Km’s from one of the most famous tourist destinations in Sri Lanka, Koggala. The geographic location of the estate is very much closer to a rainforest where it’s a safe haven for a variety of animals and birds. Peacock’s, monkey’s, porcupine’s and Mouse Deer can be seen if your are lucky or pick the correct time. You are kindly requested to leave behind only your footprints. 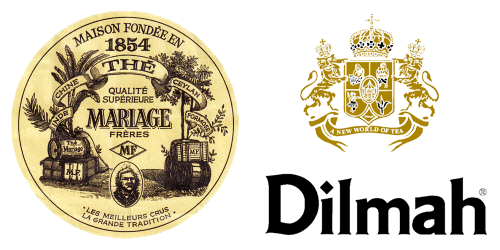 Our Teas have won many international accolades and awards. The Virgin white tea, our flagship product, was presented by Jane Pettigrew at the World Expo in Las Vegas and won praise and appreciation. In Sri Lanka, we won the award by the National Chamber of Exporters as the Best Small Scale Exporter. Three of our Teas are in the Superior presentation packs of Sri Lanka’s biggest brand market leader Dilmah. The Anuga Food fair in Cologne Germany adjudged three of our teas presented by Dilmah as The Most Innovative Tea in the world.Our Virgin white tea is marketed in the several of the world’s most exclusive tea stores including Mariage Frères International of Faubourg Saint-Honore in Paris.